Is the drive towards delivery AVs going to help or hinder last-mile delivery?

IS THE DRIVE TOWARDS DELIVERY GOING TO HELP OR HINDER LAST-MILE DELIVERY?

The ever-increasing amount of reports about advanced technology applied to freight and delivery is astounding. From self-driving trucks to robots and drones, the race is on and every major carrier and retailer wants to be the first to launch an AI-driven delivery service. So, is it beginning of the end for your friendly delivery guy?

WHO’S JOINING IN ON THE FUN?

In 2017, Rolls-Royce and Google partnered to create autonomous ships. Forbes reported that “instead of just replacing one driver in a self-driving car, this technology replaces the jobs of 20-plus ship crew members”. The article also talks about Marble, a company that uses robots to deliver all sorts of items to people quickly and more efficiently than humans. Similarly, shipping giant FedEx is heavily devoted to making the SameDay Bot a reality.

Other companies are focusing their investment on self-driving technology applied to heavy vehicles. Just last month, Starsky Robotics completed the first-ever feat: its self-driving truck cruised along the Florida Turnpike at 55 mph without a human aboard. ANYbotics partnered with Continental to create an impressive package delivery solution that combines a self-driving vehicle with the legged robot ANYmal. Domino’s announced it will start robot deliveries in Houston this year using vehicles from Nuro, a Silicon Valley start-up, and the United States Postal Service announced that it’s going to use self-driving trucks to deliver mail.

Even more contradictory, but no less noteworthy, is the research and development surrounding delivery drones. Flirtey partnered with Domino’s to create a drone that delivered its first pizza in Auckland back in 2016. Wing, a Google spin-off, achieved a significant milestone in 2019, becoming the first drone delivery company to receive Air Carrier Certification from the United States Federal Aviation Administration (FAA). In March 2019, UPS announced the use of drones for a logistics program to deliver medical samples at a North Carolina hospital. Amazon’s much talked about Prime Air is meant to start operating sometime this year, they released the drone’s latest design last month.

THE PROS AND CONS

We could carry on giving examples forever, but you get the picture: autonomous delivery services are big business. Advocates claim that autonomous trucks will be a panacea, virtually eliminating traffic accidents, congestion, parking problems and pollution emissions. Delivery robots and drones also promise to solve a myriad of last-mile problems.

Although these solutions may be expensive to develop and retail, they’re certainly cheaper to operate than their manned counterparts. We will discuss the main pros and cons of each autonomous delivery modality below:

Delivery bots are more efficient and can reach remote and weather intense areas better and faster than any human ever could. Industries that are looking at last-mile delivery robots to improve customer services include retail, hospitality, pharmacies and healthcare.

Robotics Business Review compiled a comprehensive list of the main industry players including BoxBot, a company co-founded in 2016 by engineers from Tesla and Uber, raised $7.5 million in seed funding and is set to revolutionise last-mile delivery.

There are still a lot of unanswered questions about how these bots should be regulated and operated.

One of the main concerns is how to keep them safe from burglary and vandalism. Most manufacturers of operative robots, such as DoorDash and Marbles, have installed locking mechanisms and cameras around their bots. While that offers a degree of safety for the goods within, it, unfortunately, doesn’t protect the bots from vandalism.

Another concern is sidewalk or bike lane crowding. The Guardian reported that “sharing a sidewalk with one of DoorDash’s delivery robots is a bit like getting stuck behind someone playing Pokémon Go on his smartphone. The robot moves slower than you want to; every few meters it pauses, jerking to the left or right, perhaps turning around, then turning again before continuing on its way.”

Moreover, although they might be cute to look at and clever in their operation, most of the autonomous delivery robots are still small and you’d struggle to load them with a tenth of the cargo that fits into an average medium-sized van.

Despite some drone company failures in recent years and slow movement on the regulatory front worldwide, companies continue to advance within the commercial and industrial drone space.

Advantages of drone delivery include speed and ability to reach out-of-the-way locations. Moreover, they are responsible for far less fossil fuel consumption, costs and pollution than traditional delivery mechanisms.

Drones create a safer system for delivery by removing road safety-related risks such as accidents or traffic driven delays. Finally, they offer a higher level of navigation precision and efficiency compared to human drivers.

Within the current technological parameters, drones are not the most cost-effective delivery vehicle. A device that can make an accurate delivery of a package up to roughly 2 kgs average price is $500 per unit. A medium to large-sized business would need dozens if not hundreds of these to deliver all its daily orders.

The technology also needs significant battery power improvement before it can be considered remotely usable. The power requirements for the average delivery drone could cause it to run dry within 20 minutes or less. That wouldn’t be enough time for a return flight from the warehouse to a delivery location let alone multiple locations.

There are numerous regulation issues to contend with. As BBC reported, “if our skies are to become as crowded as our streets, airspace rules need updating to prevent accidents, terrorist attacks, and related problems, such as noise pollution.” Camera-equipped drones also pose a threat to privacy.

The high-pitched buzzing noise drones make is much worse than normal traffic sounds (according to NASA). Should a drone malfunction during delivery, it would not only disrupt the logistics of the company but also be a serious health and safety hazard to the public. Finally, because they’re so small, drones could also be easy to intercept and steal.

Self-driving technology presents several advantages to heavy vehicles and is said to overcome many of the problems currently faced by the industry whilst boosting industries that heavily rely on trucking.

According to the US National Highway Traffic Safety Administration (NHTSA), 94% of accidents are related to human error, thus the use of driver-less trucks should allow for much safer driving.

Unlike humans, robots don’t get tired or distracted, don’t speed or brake hard and are more fuel-efficient. Their self-monitoring capability lends to better maintenance of engines and brakes. As they are usually smaller and lighter than traditional vehicles, they move goods faster and more effectively. In summary, driver-less trucks would reduce load and haul operating costs.

Some experts are not buying into the hype and say consumers should exercise caution. It may be decades before a vehicle can drive itself safely at any speed on any road in any weather. For instance, current technology does not allow self-drive vehicles to operate reliably in heavy rain or snow, or on unpaved roads.

While autonomous trucks will create new jobs in some areas, truck drivers are likely to lose their jobs. Another concern is how these vehicles will respond to unprompted and unfamiliar situations. Driving in traffic requires  last minute decision making and adapting to circumstances.

Finally, the cyber risks associated with these technologies need to be highlighted. These vehicles are software operated and are vulnerable to hacker attacks.

Whether or not Autonomous Vehicles will ever become the order of the day, there’s no denying they evoke excitement. Some experts believe autonomous vehicles will be the main source for all deliveries in the future. If the numbers of players involved in research, development and industry investment is anything to go by, suggests this may happen.

However, there are still several serious health and safety, regulatory and privacy concerns that can’t be dismissed. It’s debatable whether governments will ever allow self-driving cars to operate without a human co-pilot.

Also, it doesn’t look like AVs will be fully commercially available any time soon. Bloomberg New Energy Finance asked 300 automotive, energy and technology executives to name a year when US consumers will be able to buy a ‘Level 5’ fully autonomous vehicle. Nearly 75% predicted that this won’t happen before 2030.

With so many variables and diverging opinions, the future is hard to predict. But if you are a Millennial, one day you might amaze your children with anecdotes of the good old days when posties hand-delivered your parcels, and you had to drive your car to work.

iWMS is an independent software developer, innovator and team augmentation partner with years of global experience in consulting, building, and supporting WMS solutions. We offer proven industry-leading software from HighJump for warehouse and supply chain management.

iWMS is based in South Africa, the Americas, Australasia and India.This gives iWMS access to the best resources and IT talent globally enabling us to ensure that the right level of experience is available for all projects at any given time.

Please contact us if you are looking for a warehouse and supply chain management system service provider for enterprises.

Get the latest news from HighJump And iWMS

5 SUPPLY CHAIN MISTAKES TO AVOID IN 2020

A DECADE IN SUPPLY CHAIN

Is your warehouse safe? 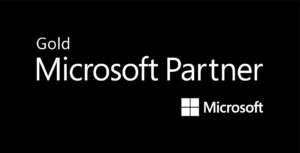